Posts About Appraisal and Appraisers written by the staff of The Robinson Real Estate Appraiser Group, Maryland. Interest rates play a crucial role in the housing market. Lower rates typically promote an increase in demand for properties, this in turn drives up pricing, while on the flip side of that, higher interest rates reduce the demand since the costs of a mortgage increase deterring prospective home buyers. We have been in a special situation in the past few years with respect to the pandemic.  The Covid-19 pandemic caused so much chaos and instability regarding jobs, economic growth, recession and so many unknowns it left  Americans and the world with our heads spinning.   In an effort to stimulate and grow the economy the rates were lowered to record lows in past years in hopes to aid economic growth and stability in a very unstable time.The Federal Reserve pumped money into the economy, spending trillions of dollars on mortgage-backed securities to hinder another financial crisis. This move allowed lenders to offer rock-bottom interest rates, tumbling to the mid-2% range by the summer of 2021. With the low mortgage rates prices continued to increase since buyers could borrow more money for less than ever before. The low rates coupled with the available housing supply being low caused even further price increases in home values. With buyers fighting over the homes that were on the market, bidding wars were not that uncommon in portions of 2021 and 2022.

In March of this year the interest rates began to rise in an effort to combat inflation and curb the continual rise of home prices across the country. So far, the Fed’s six hikes in 2022 have increased rates by a combined 3 percentage points . Generally, interest rate hikes will raise costs for homeowners and reduce buying power. As mortgage rates increase, houses become less affordable. An increase of 1% interest rate can have a significant impact on mortgage costs. You can expect monthly payments to increase by an average of 10-15% . Buying power decreases and homes become less attractive for purchase thereby reducing the demand for homes. Sellers are then forced with the question of whether to reduce their price to have their home be more attractive and affordable for purchase.  The area, supply, demand, location, home type, condition and income are a few things that need to be considered before putting your house on the market and/or lowering your current price. Interest rates have continued to have a major influence in the overall market.

Investors do not necessarily share in the despair of rising interest rates compared to the typical buyer. Rising rates means fewer people can qualify for loans and will choose to rent rather than buy. Rents are at an all time high due to the demand for housing. There is more possibility for higher rates of return on investments during times of high interest rates and overall demand for rentals.  The investors that pay cash for bartering reasons or the ability not to use a bank for the purchase of a home can receive a hefty stream of cash flow without the imposed rate variation from a conventional bank.  But as we all know…it is easier to make money when you have money!

In conclusion, real estate pricing and interest rates are in a relationship with one another that can not be broken, they are like a married couple, always trying to find the best balance for both parts to work smoothly for a greater benefit. 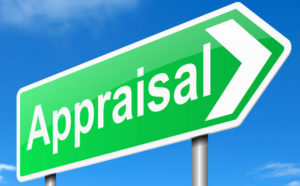 Here at Robinson Appraisal Group, we will give you an accurate and detailed report on the quality and value of your home. We offer competitive pricing and electronic ordering and delivery to make life a bit easier for you as … END_OF_DOCUMENT_TOKEN_TO_BE_REPLACED

Buyers and sellers are in for another nail biting year of making predictions regarding the Baltimore metropolitan market. There seems to be a slightly harder road ahead than last year due to the future of the Federal Fund Rate. Interest rates are projected to rise from its current 5% to 5.5% by the end of 2019. The rate hike will be based on data from the overall economy growth. If the economy does not move forward with the growth as expected, the hikes will likely be delayed.

The Baltimore market is projected to have slightly more inventory with an overall 2% increase in housing prices in 2019.. so on the horizon there will be more inventory, higher prices and a raise in rates. This combination is making it more difficult for the first time home buyer to secure a home. Millennials make up the largest demographic of new home buyers which will be heading into a year where home-ownership looks to be a little tougher than the past few years.

There are other factors coming into play this next year on a national level that is new territory for all of us. The tax bill that was passed at the end of 2017 was in effect for the full year of 2018. This reform is new so the outcome is unknown of the positive or negative effects on the 2019 economy. The reform includes changes in standard deductions for married couples and for singles: you’ll need to take a close look at that this year to be sure you will still be itemizing because the standard deduction is much higher. There is also a limited tax advantage on mortgages: mortgage interest is still deductible, at least in principle (pun intended), for the vast majority of homeowners. However, whether they actually receive that deduction or not will depend on a multitude of other factors. This is yet another scenario in the economy that a simple answer does not apply.

On a more local level, the economy of the Baltimore Metropolitan area (in part) will soon feel the benefits of the recent decision of the new Amazon Headquarters in northern Virginia. The second Amazon headquarters is going to go by “HQ2.” The company says that this won’t be a satellite facility, but rather an equal to its current headquarters in Seattle, Wash. It also notes that it will be investing $5 billion into its creation. Located approximately 30 miles outside of Washington DC, Loudoun County is part of a burgeoning tech corridor. The employees would live in Loudoun County or commute from one of the surrounding counties, Maryland (directly to the north), or West Virginia (due west). So with the influx of jobs and the need for housing the opportunities for an economic boost for the Baltimore area looks to be quite positive. 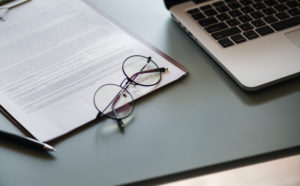 The one thing that always remains constant is change. As appraisers in this ever changing industry we have seen changes in the market, technology, bank requirements, emergence of management companies and appraisal form changes. The most recent Fannie Mae change … END_OF_DOCUMENT_TOKEN_TO_BE_REPLACED 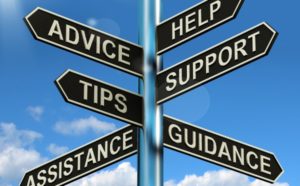 As appraisers are dropping out and retiring from the appraisal field due to strict guidelines on qualifications and education requirements the AQB (Appraiser Qualifications Board) has been rethinking the current set of standards applied to Licensed and Certified Appraisers. The … END_OF_DOCUMENT_TOKEN_TO_BE_REPLACED 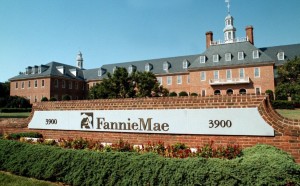 What does Fannie Mae have in store for 2016? Fannie Mae is a billion dollar entity that does not directly offer mortgage loans but instead buy the mortgages from banks, credit unions, and other financial institutions so that they, in … END_OF_DOCUMENT_TOKEN_TO_BE_REPLACED