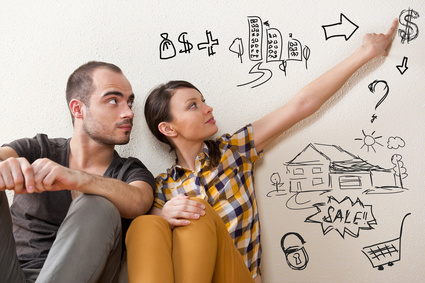 As the largest generation in U.S. history, Millennials are going to have a profound impact on the residential real estate market. Their preferences and demands will effect housing design and development. They will be the largest source of new demand for rental housing and first-time home purchases. So, what exactly is a Millennial? Millennials are the demographic cohort following Generation X. There are no precise dates when the generation starts and ends; most researchers and commentators use birth years ranging from the early 1980s to the early 2000s.

According to the U.S. Census Bureau, Millennials now number 83.1M – more than one quarter of the nation’s population. As the largest demographic in America, Millennials are a powerful buying force. They are the largest source of new demand for rental housing and represent 32% of the U.S. home buying market and 68% of first-time home buyers.

With their thirst for metropolitan areas, the Millennials are continuing to gravitate to the Baltimore marketplace. There is a steadfast opportunity for more clients, appraisals and additional income for Maryland real estate professionals.

Census data has supported a substantial growth in the Baltimore area. It found that the number of college-educated people ages 25 to 34 living within three miles of Baltimore’s central business district increased 92 percent from 2000 to 2010: their numbers grew from about 13,000 to 25,000. The increase was the fourth-highest among the 51 metro areas in the study, which included Boston, Memphis and New York. And it occurred despite an overall decline in population in those Baltimore neighborhoods during the period.

The City Observatory is a study of modern-day cities and urban development practices. Reports by the Baltimore Neighborhood Indicators Alliance (studied by the City Observatory) note that the overall population in Canton rose more than 15 percent over the 2003-2013 period. In South Baltimore, diversity and median income grew. And in Federal Hill, the percentage of rental housing has also increased.

The increase is beginning to steer changes in Baltimore’s real estate market, including conversions of older buildings into apartments and the construction of new housing. Since 2010, Baltimore has added 4,800 residential units in buildings of 15 units or more citywide and 3,000 more units are under construction, said city Planning Director Thomas J. Stosur.

Trend analysis show Millennials tend to flock to Metropolitan areas. Harford County, Carroll County, Howard County and Cecil County do not seem to have the same lure as the downtown area for this age group.

This group is the most tech savvy bunch with instant access via cell phones for price comparison, information and reviews. Research has shown that internet websites dominates the search for homes and agents. This lends a great opportunity for a web based marketing plan targeting this demographic.

This group of people are the most educated generation and have the largest labor force. While Millennials are key to the future of housing demand, the Great Recession has left them at a financial disadvantage and they are delaying key life milestones, such as homeownership, marriage, and having children. Economic challenges, such as rising student loan debts, stagnant wages, a competitive job market, rising rents, and high price-to-income ratios, have made it difficult for Millennials to save and/or qualify for a home. Financial and real estate professionals say the numbers are now slowly improving, and they are hopeful that more millennials will soon recognize the benefits to homeownership. But for many who are looking to build a retirement nest egg, financial advisors say purchasing a home is one of the best investments millennials can make. They’ll benefit from having a home as a storehouse for retirement funds, and their homes will likely be paid off by retirement, allowing them to tap into home equity to fund retirement benefits.

Knowing the characteristics, preferences and trends of millennials in the market could only help to broaden an agent’s client list and future income. Having such a large portion of the population reaching a point where buying a home is the next logical step allows ample opportunity for success over the next decade.