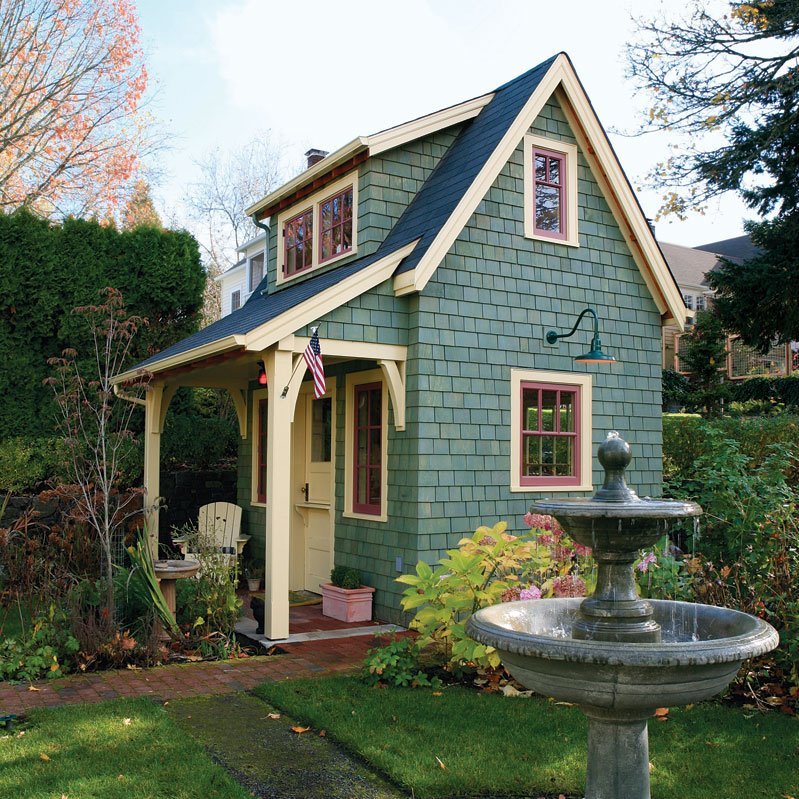 In the United States the average size of new single family homes grew from 1,780 square feet in 1978 to 2,479 square feet in 2007, and to 2,662 square feet in 2013, despite a decrease in the size of the average family. Overall, our homes keep getting bigger, but there is a small group of home buyers and builders that are moving away from this trend. A very early pioneer of this small house trend is Henry David Thoreau, whose publication of the book “Walden” is quoted as early inspiration for living in a smaller space.

The current small house movement is a return to houses of less than 1,000 square feet. Frequently the distinction is made between small (between 400 square feet and 1,000 square feet), and tiny houses (less than 400 square feet). One of the events that opened peoples eyes to these smaller homes was Hurricane Katrina. Marianne Cusato developed what was called the Katrina Cottages, that start at 308 square feet. Though these were created to provide a pleasant solution to a disaster zone, Cusato received wider interest in her design from interested home owners and developers.  The financial crisis of 2007–08, also attracted more attention to the small house movement as it offers housing that is more affordable.

Overall, however, it represents a very small part of real estate transactions. Thus only 1% of home buyers acquire houses of 1,000 square feet or less. Small houses are also used as accessory dwelling units (or ADUs), to serve as additional on-property housing for aging relatives or returning children, as a home office, or as a guest house.Typical costs are about $20,000 to $50,000 as of 2012.

Smaller homes are less expensive than larger ones in terms of taxes and building, heating, maintenance, and repair costs. Small houses may emphasize design over size, utilize dual purpose features and multi-functional furniture, and incorporate technological advances of space saving equipment and appliances. Vertical space optimization is also a common feature of small houses and apartments. In addition to costing less, small houses may encourage a less cluttered and simpler lifestyle and reduce ecological impacts for their residents. Some small home builders will reuse old material such as wood floors, doors, windows. Recycled materials such as recycled glass, aluminum,  recycled tile, reclaimed lumber, recycled plastic to reduce the ecological impact building can have.

Small and tiny houses have received increasing media coverage including a television show, Tiny House Nation,in 2014 and Tiny House Hunters. The possibility of building one’s own home has fueled the movement. Tiny houses are built to last as long as traditional homes, they use traditional building techniques and materials, and they are aesthetically similar to larger homes.

Before you decide to purchase a large home with large heating costs and a big mortgage payment consider being part of a movement that is eco-friendly and won’t burden you financially. Think big and live small!